Please join the Zohrab Information Center on Thursday, October 17 at 7 PM in the Guild Hall at the Eastern Diocese of the Armenian Church of America to hear an exciting lecture from Jesse Siragan Arlen: “Feed Your Soul With Tears:” Anania of Narek and the Forgotten Practice of Praying with Tears. This is the second Enrichment Evening in the Fall Series on Monasticism. During the course of the Fall Lecture Series, the Zohrab Information Center will explore the education system, cultural context, and the place of Armenian monasteries in the history of Armenian learning and society at large. Monasteries like Narekavank, spiritually and intellectually reinvigorated by Anania of Narek, the great-uncle of the celebrated Gregory of Narek, were places where the daily worship of Jesus Christ through prayer and liturgy supported a vibrant communal and intellectual life. These places of worship were also the central literary and cultural institutions of their time. During this lecture series, the Zohrab Information Center hopes to highlight and animate the practices and knowledges that make Armenian monasteries such important centers of worship and learning. 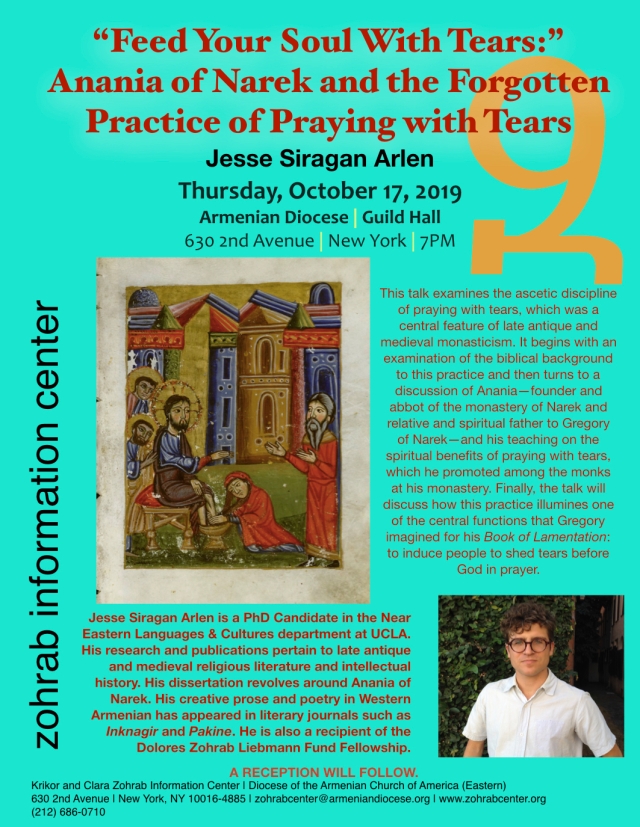 Mr. Arlen’s talk will the ascetic discipline of praying with tears, which was a central feature of late antique and medieval monasticism. It begins with an examination of the biblical background to this practice and then turns to a discussion of Anania—founder and abbot of the monastery of Narek and relative and spiritual father to Gregory of Narek—and his teaching on the spiritual benefits of praying with tears, which he promoted among the monks at his monastery. Finally, the talk will discuss how this practice illumines one of the central functions that Gregory imagined for his Book of Lamentation: to induce people to shed tears before God in prayer. 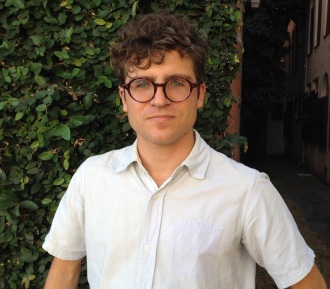 Jesse Siragan Arlen is a PhD Candidate in the Near Eastern Languages & Cultures department at UCLA. His research and publications pertain to late antique and medieval religious literature and intellectual history, with special attention to ascetic practices, mysticism, and education in Eastern Christianity and Islam. His dissertation revolves around Anania of Narek. His creative prose and poetry in Western Armenian has appeared in literary journals such as Inknagir and Pakine. He is also a recipient of the Dolores Zohrab Liebmann Fund Fellowship. 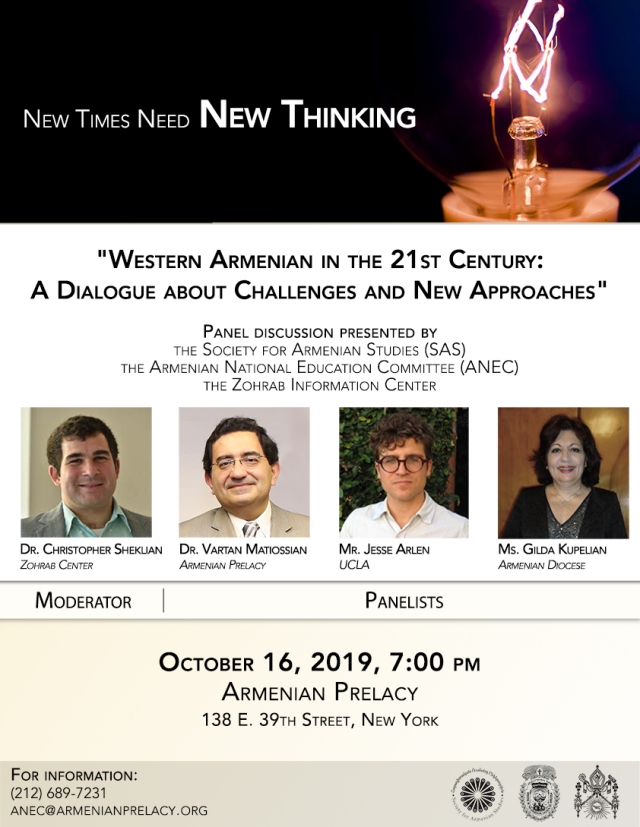