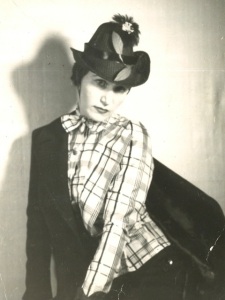 Who knew that in the Middle East of the 19th century, the pioneers of the newly-emerging art of photography were Armenians?

That is indeed the case according to Dr. Joseph E. Malikian, founder of a massive, new archive of vintage photographs. Dr. Malikian will tell the story in a pictorial presentation at the Zohrab Center entitled, From Constantinople to Egypt: The Armenians in the Development of Photography in the Near East.

The presentation will take place on Wednesday, December 9 at 7PM in the Guild Hall of the Armenian Diocese, 630 2nd Avenue, New York, NY.

It is well established that as early as the 1850s prominent photographers emerged from the Armenian communities in many of the cultural and commercial capitals and principal towns in the Ottoman Empire. Armenian photographers such as the Abdullah Freres, Pascal Sebah and Gabriel Lekegian enjoyed tremendous success first in Constantinople and eventually in Egypt.

During this early period, Jerusalem also emerged as a center where Armenians played a dominant role in the field of photography. The leading photographer of the Armenian Convent there was Garabed Krikorian.

Dr. Malikian will discuss these photographers and their contributions. He will explore the reasons why the Armenians played a dominant role and were considered to be pioneers in the newly invented photographic industry in the Ottoman Empire. The presentation will draw generously upon vintage images acquired for a newly formed archive, The Middle East and Armenian Photography Archive (MEAPP). 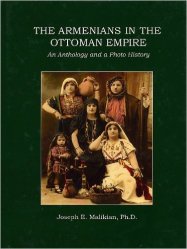 Dr. Malikian is a frequent visitor to the Zohrab Center, where he has been studying the ZIC’s small but important collection of historic photographs, some of which he will display during his lecture.

Malikian is the author of The Armenians in the Ottoman Empire: An Anthology and a Photo History, published in 2011 by the Armenian Catholicate of Cilicia.

For the past ten years, Joseph E. Malikian has been engaged in the study of archival photographs as it relates to Ottoman and Middle Eastern history. During the course of his research, he initiated an internationally based project (The Middle East and Armenian Photograph Project – MEAPP) which is devoted to the collection of vintage images of the Middle East around the turn of the twentieth century, in addition to images by the Armenian photo studios from the 1850s to the 1960s.

The lecture is free and open to the public. For further information contact the Zohrab Center at zohrabcenter@armeniandiocese.org or (212) 686-0710.