We here at the Zohrab Center are continuously working hard to make the center as organized and accessible as possible to the general public, but it can be a challenging task at times! ﻿Over the past two and a half years, the Zohrab Center’s staff and interns have put a lot of effort into organizing and modernizing the center in order to make it even more accessible and serve as a resource center for the general public. The most Herculean task has been the transition from the Dewey Decimal System of cataloging to a more modern online software cataloging system which will eventually allow people to search the Zohrab Center’s collection from their own computers.

Close to 9,000 of the over 15,000 book collection have been cataloged with this new system, and hopefully — through the dedication and hard work of the Zohrab Center interns — this project will be completed by the end of the year. In addition, the back-rooms of the Zohrab Center were organized and cleaned up (journals, periodicals and newspapers were placed in boxes and put in chronological order; rare books were placed in acid-free boxes; duplicates of books were gathered and placed in a specific area).

Check out the “before” and “after” photos below! 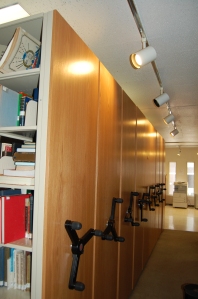 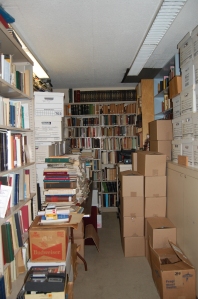