The Zohrab Information Center invites you to an important and exciting event this April 24th. Dr. Keith David Watenpaugh, Professor and Director of Human Rights Studies at the University of California, Davis will briefly present his research on humanitarianism as it relates to the Armenian Genocide. He will then introduce the film, They Shall Not Perish: The Story of Near East Relief. After the film screening, Dr. Watenpaugh will be joined by the executive producer of the film, Shant Mardirossian, for a roundtable discussion of the film. Together, the film screening and discussion with Dr. Watenpaugh give us the opportunity to remember the tireless efforts by aid workers during the Armenian Genocide on April 24th, the day of commemoration of the Genocide.

We will begin the introduction at 6:30 in the Guild Hall of the Armenian Diocese at 630 Second Ave., with the film screening beginning around 6:45.

Dr. Keith David Watenpaugh is Professor and Director of Human Rights Studies at the 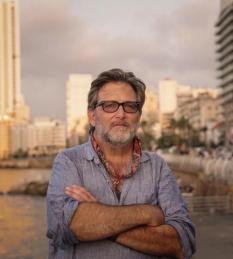 University of California, Davis. He is a leading historian of human rights and humanitarianism, whose numerous publications include the book Being Modern in the Middle East: Revolution, Nationalism, Colonialism, and the Arab Middle Class (2006) and Bread from Stones: The Middle East and the Making of Modern Humanitarianism (2015). He has been a leader of international efforts to address the needs of displaced and refugee university students and professionals, primarily those affected by the wars and civil conflicts in Syria, Iraq, Lebanon and Turkey. Since 2013, Watenpaugh has directed an international multi-disciplinary research project to assist refugee university students and scholars fleeing the war in Syria. This project has garnered support from the Carnegie Corp. of New York, the Open Society Foundations and the Ford Foundation. He recently won the IIE Centennial Medal for his efforts.

One thought on “April 24th at the Zohrab Center: Screening of “They Shall Not Perish” and Roundtable Discussion with Dr. Keith David Watenpaugh”